Guinea worm is poised to be the second human disease to be eradicated. The Carter Center, with partners like the U.S. Centers for Disease Control and Prevention, began leading the international campaign to eradicate Guinea worm disease in 1986. That year, it was estimated that 3.5 million cases occurred annually in 21 countries in Africa and Asia. Guinea worm disease is a painful and debilitating parasite that is contracted by drinking Guinea worm infected-water. There is no vaccine or drug to prevent the disease, only behavior change through health education. Working with the ministries of health and impacted communities, Guinea worm disease has been reduced by more than 99 percent. During 2020, only 12 human cases of Guinea worm disease were reported in Chad, a dramatic 75 percent reduction from 48 the previous year. Eleven cases were reported in Ethiopia, and one each in South Sudan, Angola, Mali, and Cameroon. As for Guinea worm infections in animals, Chad reported 1,570 (1,507 domestic dogs, 61 domestic cats, and two wild cats), Ethiopia reported 15 (eight domestic dogs, three domestic cats, four baboons), and Mali reported eight infected domestic dogs. The buttons to the right will connect you to a searchable database of oral histories, photographs and media. To conduct an advanced search, use the link in the blue navigation bar above. Use of this information is free, but please see “About this Site” for guidance on how to acknowledge the sources of the information used. . 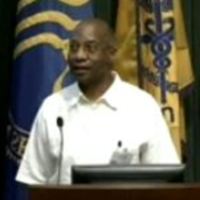 Dr. Don Hopkins discusses the statuus of the Guinea Worm Eradication Program and relates that to the lessons learned from smallpox eradication. Cases still occuring in Sudan, Nigeria, Pakistan.
He is introduced by Dr. Stanley Foster. 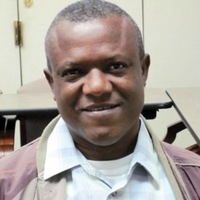 Dr. Andrew Seidu Korkor is the National Program Manager in the Guinea worm Eradication at the Ministry the of Health in Ghana. 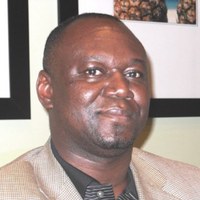 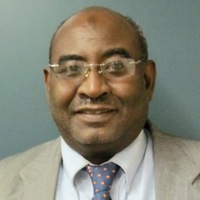 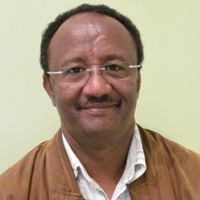 Teshome Gebre is the Carter Center representative in Ethiopia, he talks about his life and his activities with the Guinea worm program. 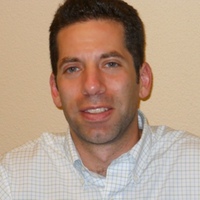 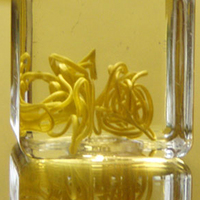 Guinea worms are thin, thread-like parasites. Inside the human body they can grow up to 3 feet long (one meter) before emerging through the skin. 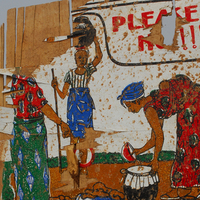 A sign in Taha, Ghana warns those with Guinea worm disease not to enter the water. The worms create painful blisters in the skin through which they slowly exit the body, people often seek relief from the pain by soaking it in water. However, when… 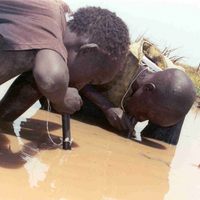 Pipe Filters in use in Southern Sudan. These individual filtration devices are worn around the neck, and work like a straw. This will allow people to filter their water and avoid contracting Guinea worm disease. Used by school children and adults…
View all 31 items